I am very excited to share my April Books with you. It has been a really good reading month – quality wise and quantity wise as well. I was able to cross some books off of my reading goals für 2021 and also on my long term project to read around the world. So lets dive into the April Books – What I read:

What it is about: Ove is a peculiar man end of his fifties who has lost his wife and a purpose in life. He is cultivating his quirks and seems to annoy his neighbors with his way of living. But does he?
What I thought: This was a lucky find in a local swapping library and the book was on my reading list for a while. It doesn’t often happen, that I am smiling or laughing while reading a book ( you’d rather find me crying) but this one had all the emotions. It was really funny written with a very unique observational skill of drawing the character. I often found myself reading out loud to my husband. I also continuously told him what happened in this book because it was just so good.
Original Language and Title: Swedish “En man som heter Ove”
Publications: German ” Ein Mann namens Ove” hardcover, eBook | English hardcover, paperback, eBook
Recommend to: Everyone loving deep and well drawn characters, some fun and interesting social portrait.

What it is about: Journalist Jon Krakauer was part of the 1996 Mount Everest Expedition. One of the most fatal ones in history. This is his recollection of the things that happened.
What I thought: I am drawn to adventure and outdoor books as a way of living through this emotions and adventures that I will most likely never do. While back in my youth I had the idea of climbing Everest myself I realized rather quickly I will never have the skill to do so. Nevertheless I am still fascinated. This book had all the emotions. The joy and anticipation, the acclamation to the new environment, the critical look at what is done to nature with the guided expeditions and of course all the fear and exhaustion that comes with climbing the top of the world. I found it very compelling to read.
Original Language and Title: English paperback, eBook
Publications: German “In eisige Höhen” hardcover, paperback, eBook
Recommend to: Everyone loving outdoor adventures, mountaineering and a good travel memoire.

The Tattooist of Auschwitz by Heather Morris | ★★★★☆

What it is about: The story of survival and love in the most devastating of places and times. Lale has a strong survival instinct and thus becomes the tattooist of Auschwitz.
What I thought: It was a very interesting account of Ludwig Eisenberg or Lale Sokolov as he called himself after WWII. Throughout the book you could feel the hope of surviving and the determination to do so. But also his inner conflict in helping the machine to keep running and the will to survive. There was a lot of humanity in this book. Be aware it is not a historic biography but rather a fiction inspired by his life. Nevertheless a lot of details are woven into that did do happen. The author explains her way of including details in the end of the books.
Original Language: English hardcover, paperback, ebook
Publications: German “Der Tätowierer von Auschwitz” hardcover, paperback, ebook and I have seen many other languages
Recommend to: Interested in the Holocaust and a good story.

What it is about: Henning is a dad of two little kids, has a wife and a job – life is good. But still something is not right. Lately he is suffering from panic attacks. On New Years he decides to take some time to bike up a mountain. He is on route to his inner self and a childhood memory that once has almost cost him his life.
What I thought: It was my first book by this author and I really enjoyed it. It is written really well and has a nice flow to it. Something I find sometimes hard to find in German books. This one was good. The story itself captivated me and had me turn the page to know what had happened back then.
Original Language: German “Neujahr” hardcover, paperback, ebook
Publications: English “New Year” paperback, ebook and I have seen a few other languages
Recommend to: Wanting to read contemporary German literature, likes characters who have mental illness issues and just struggle with life even though all seems fine.

What it is about: We follow Kim Jiyoung through her life. She was born to a family who’d rather wished for a boy. We learn where she comes from, how she grew up and what her current life looks like and how she raises her kids.
What I thought: It was a short and quick read and I enjoyed it. It kept reminding me a bit of The Vegetarian at times. The main topic is similar which makes me wonder if there is a lot of societal change going on in South Korea at the moment or if this was coincidental. This one was so much better then the Vegetarian though. I enjoyed it. It sheds light on how woman are seen in society, their role and the suffering that often comes with it – and questions this. Interesting was, that there were footnotes within this fictional book pointing to studies and research to confirm the argument. Never seen anything like that before.
Original Language and Title: Korean “82년생 김지영”
Publications: German hardcover, eBook || English hardcover, paperback, eBook
Recommend to: Interested in feminism and Asian culture and society.

Measuring the World by Daniel Kehlmann | ★★★☆☆

What it is about: A novel about two geniuses Alexander von Humboldt and Carl Friedrich Gauss who set out to discover the world. Both in their own unique way. Humboldt traveling to south America and Gauss not even leaving his hometown. Both responsible for major discoveries in the 18th century.
What I thought: This was a recommendation by my dad – who studied mathematics back in the day. I honestly never really heard much about Gauss previously but after reading the book I was a bit surprised that I never did. This guy invented like everything it seems like. And he is even on our 10 € bill. Go figure. I read up on both characters on wikipedia after the book. So overall it was very interesting and teaching. I didn’t quite like the way of writing. It is not common I read books in third person I guess.
Original Language and Title: German “Vermessung der Welt” hardcover, paperback, eBook
Publications: English hardcover, paperback, eBook and I have seen many other languages
Recommend to: Everyone liking historic fiction, want to learn more about Humboldt and Gauss and loves quirky characters.

Memoirs of an Arabian Princess from Zanzibar by Emily Ruete | ★★★☆☆

What it is about: Exactly what the title says: a memoire of an Arabian princess who was born to the Sultan of Zanzibar and one of his wives – a slave girl. Growing up in the palace, the way the household was run and her escape to Germany where she lived as a widow with young children after only a few years being married.
What I thought: It was really interesting to read. The cover suggested it was a story taking place in modern days but I soon realized we are in the 19th century. I also didn’t know when getting the book that it was originally written in German. The book is structured in chapters like “Education”, “Women”, “Relationships”, “Slavery” and Emily Ruete (the name she adopted when fleeing Zanzibar) educates and explains the ways of life. I had no prior knowledge on the history of Zanzibar prior to this book. It is really interesting to read. The part about Slavery is specially heartbreaking with our current knowledge. I found it also interesting that all cultures are about suppressing alleged weaker ethnic groups. Also I learned it is the first memoir of an Arabian woman ever written.
Original Language and Title: German “Memoiren einer arabischen Prinzession” hardcover, paperback
Publications: English hardcover, paperback, eBook and I have seen many other languages
Recommend to: Everyone wanting to know more about colonialism, Arabian culture and history.

What it is about: A book about the life of Tina Fey in comedy form.
What I thought: Honestly – what a waste of my time. I didn’t enjoy it and skimmed through the last third of the book to be finally done with. I bought it back in 2018 when it was recommended on all podcasts. I guess it is better if you know her and the shows she was on. It is a lot of retelling of jokes and behind the scenes of the shows so if you are not familiar it is just pointless rambling. I didn’t find anything funny in this book and had no laughs just eye rolls.
Original Language and Title: English hardcover, paperback, eBook
Publications: German paperback
Recommend to: Not sure I would but only if you know her and like her.

As I said, I read a lot and it is always nice to keep a record and some thoughts on my April Reading. Now let me know if you read any of those books or if one made it to your TBR. 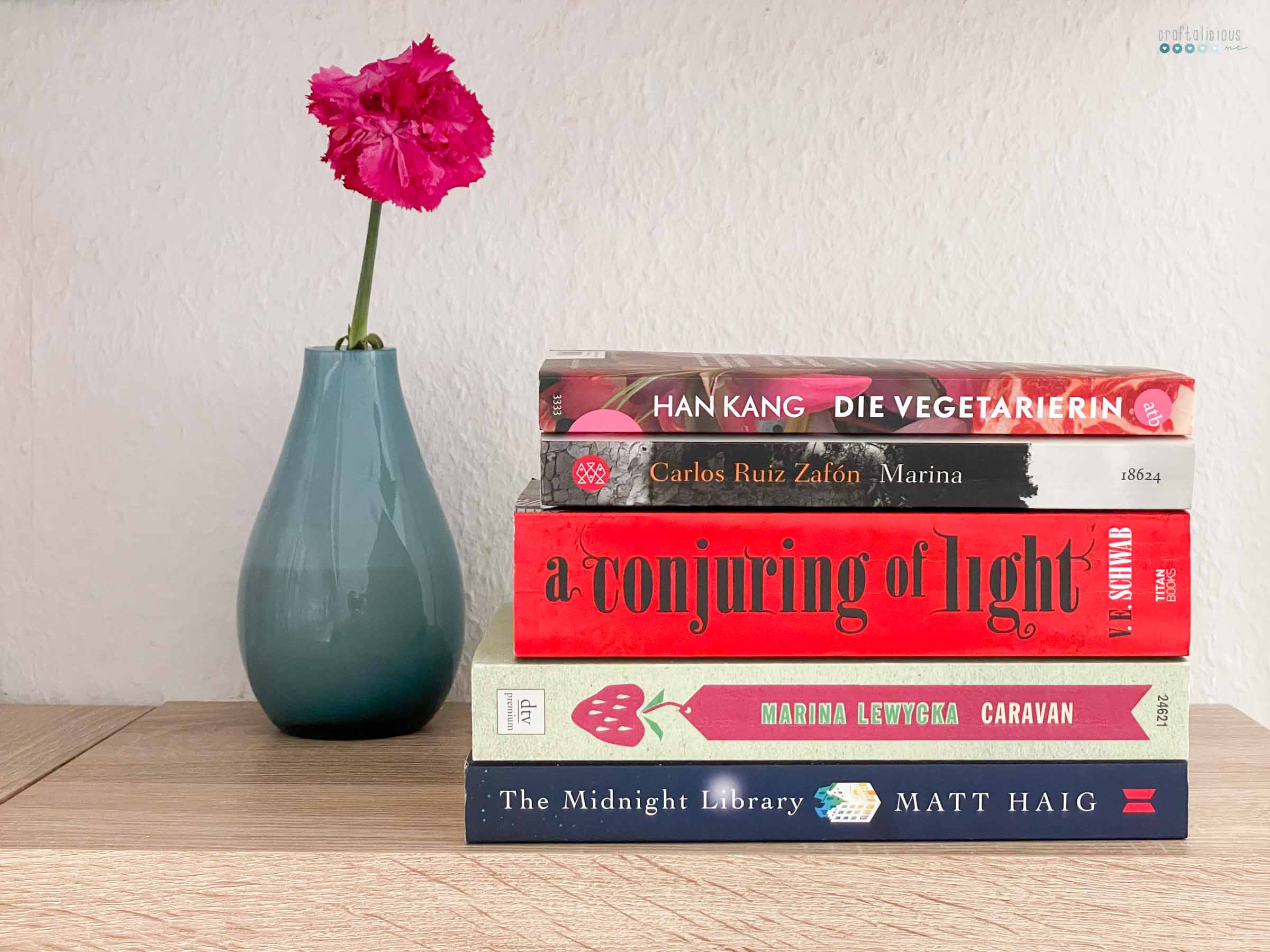 March Books – What I read 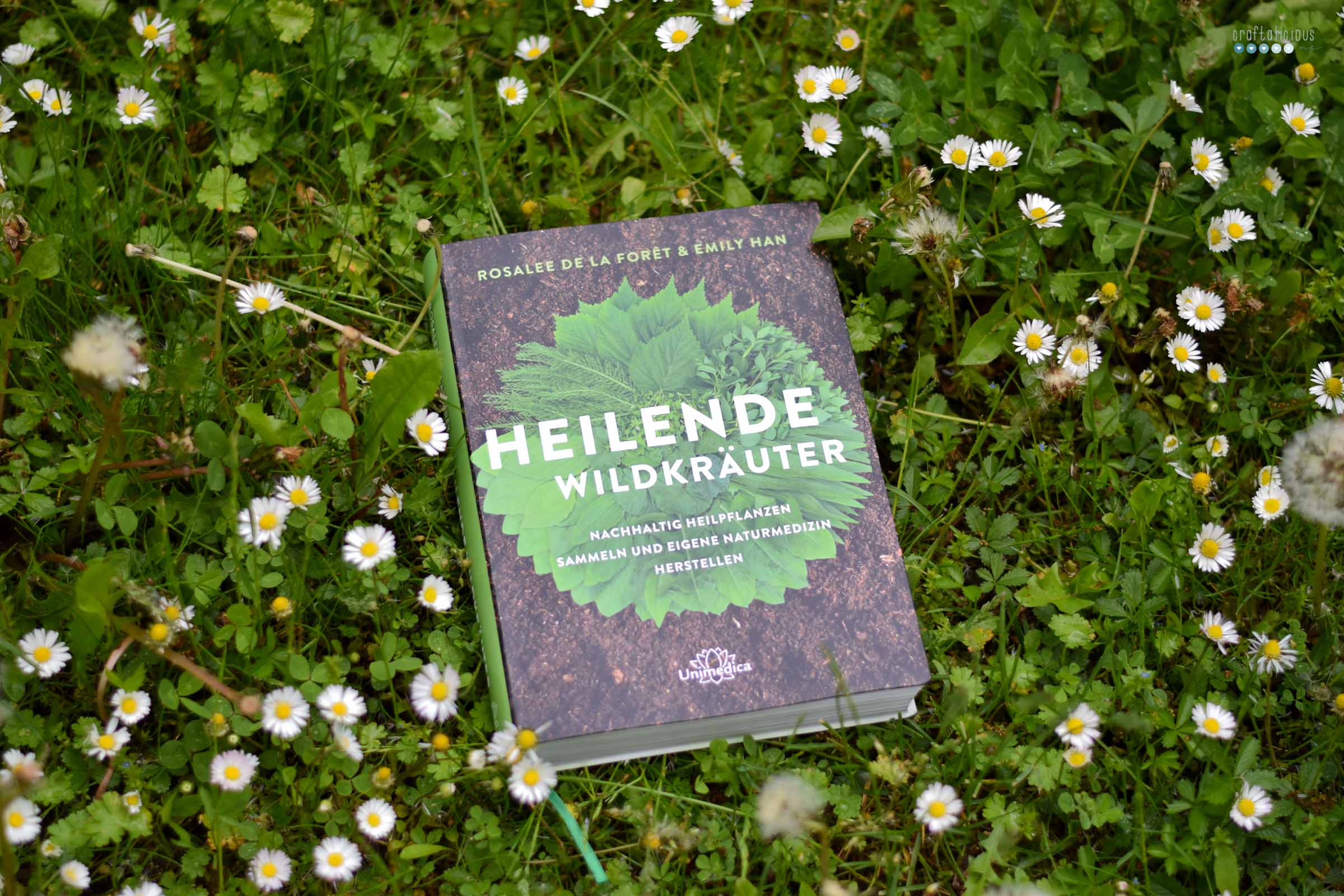